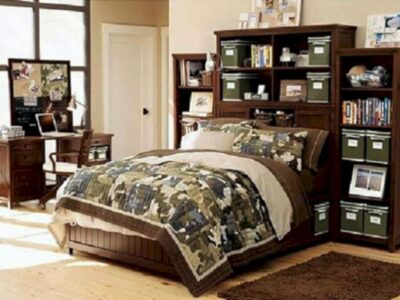 These days, Camo bedding has grown its popularity among all generations. You will find lots many designs and colours and other prints found under this brand. With this boost in popularity, it has come a long way from its conservative styles.

The bedding colours moved from basic blue, black, green, pink, yellow and white. With the changing of times, Camouflage bedding underwent a major facelift from simple bedding prints to new theme prints, especially for kids such as G.I. Joe theme, Barbie, Disney, Wildlife, Army/Military and much more on the list.

It’s been a common scenario in every house today, where kids are asking their bedroom to be theme-based. Young boys actually are eager to have Army or Military theme for their room. All thanks to camouflage bedding, they now have come up with Military camo bedding for your young ones to have their dream fulfilled of having a favourite theme in their room.

Also, camo bedding has got different Military camo bedding available in varied colours, so if you are decorating for a girl or buy it doesn’t matter as they will be able to find their favourite colour they love.

Start With the Bed

As the bed is the biggest focal point in the bedroom, there are many shades available in military camouflage bedding for your little one. For a daughter, it is a no-brainer that they would choose pink whereas for boys there are olive green, black, blue and other military-relevant shades to pick for their bedding.

Decorating the bed with camo bedding won’t do justice. Your children’s bedroom will require a number of creative touches to set off your military camo bedding i.e. walls and windows. Whites and Creams would be good paint for the walls, they are not just military influenced but are easy to match as opposed to military green colour.

You can also have a similar theme wallpaper or maybe a raising flag or posters of jeeps and tanks to go with it.

For the windows, consider painting in green or some darker shade. Also, decorating with action figurines, pictures, medals or postcards will liven up the theme. The options are endless, but require a bit of research if you want to have a great military theme for your kids.

If the bedroom has wooden flooring, you can spread the relevant colour of carpet on it to match with other military accessories. If it has already carpeted floors, having a rectangular piece of rug spread near the bed or in the centre will enhance the theme.

Decorating in, the other furniture like a study table, small couch and wardrobes would boost up your kid’s bedroom like anything. You can have them painted in shades of green and stick some stickers of army, jeeps and tanks to get the look. Everything from walls, furniture, windows, bed and rugs is in line with a military theme.

So what are you waiting for? Just start decorating your kids’ room with the best they want. Give Military camo bedding a try and I am sure your kids will just love it.

How to Install Wall Murals in Your Home

Advantages Of Having Swimming Pool Heating

Incorporating Ceramic Vessels and Alabaster Pendants into Your Decor