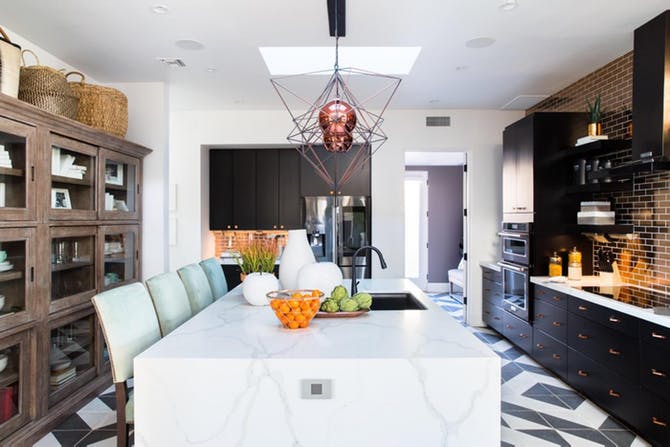 Technology has flourished all where including in the kitchen areas. The introduction of modern kitchen appliances has made the task easier for people with different technologies which will be helpful for them in saving their time and money.

Every year you will be noticing some great technologies coming into the market in the kitchen which. Each of them is having some important features of its own and helps the people to cook food efficiently and more importantly, makes all the tasks easier and quicker.

Moreover, these technologies are cost-effective as anyone can bear them easily.

Some of the great advantages of kitchen technology include the efficiency part where the users will get the job done quickly. For instance, in dishwashers, you don’t have to waste your time cleaning the dishes.

This technology plays the best part in your home along with hotels and restaurants where the users will have to clean the dishes in order to make it for the serving process. These great appliances will help the individuals to save lots of time for them as the electronic device is doing for that.

Another feature of kitchen technology is the cooking speed which is faster than the normal one. By the introduction of 4 gas stoves in place of 2, the cooking work is made easier and quicker. With these technologies, one can cook food in an easy and quick way.

These also include microwave ovens along with inductions where the cooking part is done quickly. With the introduction of induction and microwave, you will get your food ready in 15 minutes which is quite faster than the gas stove.

Food processors are another great technology that is introduced into kitchen appliances. By solving the basic needs of people with regards to cutting and chopping along with preparing the flour ready for roti making this is a highly appreciable machine that is a must-have for every kitchen.

Roti maker is another great technology which is introduced recently where your main task of preparing roti is minimized and your all work is done through this excellent maker.

Kitchen technology has also played its best role in the preservation part where the modern refrigerators are used for maintaining the freshness of the food at temperatures that will not allow them to spoil.

Along with refrigerators, freezers will also allow people to deep freeze the food which needs proper care and attention for a longer period of time which prevents them from being damaged.

Above are a few of the great kitchen technologies we have seen in the kitchen areas which not only make the work easier but also save the natural resources such as gas which tends to be very costlier in nature. Along with that, they are cost-efficient and time-saving which are the important need of the people in the present life.

Why You Need To Invest In a Quality Tech Backpack

Benefits of an online payroll system for businesses